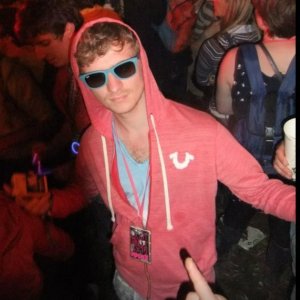 A few weeks ago, Jareth jareth3542East (pictured) took down the Full Tilt Sunday Majoroutright for $41,000, defeating a field of 675 entrants. “One word that springs to mind is ‘relief,'” he told us following his big hit. “On PokerStars and Full Tilt, I have been making a lot of big final tables recently and getting eighth and ninth place every time. It was getting really frustrating, so to win one feels great.”

To celebrate, he did what any rational person would do: went to McDonald’s for breakfast. His meal of choice: an Egg McMuffin with double sausage and egg. He had a rock solid month of February, so the meal was probably well-deserved too. In addition to the Full Tilt Sunday Major win, he took down the 888 Poker Volcano for $27,000 and won the PokerStars Thursday Thrill for $50,000 during the 28-day period. Those represent three of his nine largest scores all-time.

“Last year, I spent a lot of my time playing live,” East said of 2014. “After a really good end to 2013, I traveled around the world last year playing poker, including the WSOP. EPT London was a close one where I finished 20th and I’m still waiting for that to be shown on TV where I’ll be playing with all of the PokerStars pros. I didn’t play much online until the WCOOP; I went on to win one of those to make up for missing most of the year.”

East has been a member of PocketFives since 2013 and can be found at #32 worldwide in the PocketFives Rankings. “The most difficult part has to be the lifestyle,” he said of being a professional player. “You have to put up with messed up sleeping patterns and the stress that comes when you constantly get close to that big score, but then get a bad beat. It can really make you feel demoralized.”

He added, “A typical online grinder like me can easily be up until the early hours of the morning playing a tournament and then end up sleeping all day. The best thing about it is doing something I love and making a living from it, getting to travel the world, meeting new people that you instantly have a common interest with, and moments like this when you get interviewed for winning a tournament.” 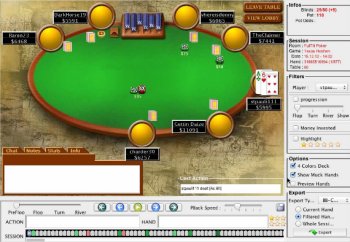 East threw in the fact that playing poker for a living takes a lot more work than outsiders would give credit for. Yes, it’s playing cards, but it’s also a whole lot more: “They think, ‘He has it easy playing cards on his computer earning money,’ but it isn’t like that at all. Putting in 14-hour shifts, sometimes I wish I were doing a 9-5 job, but I’m secretly kidding myself since I would never do that.”

Prior to playing poker full-time, East was pursuing a degree in math and planned to become an accountant. “I always saw myself doing something math-related,” he told us, “until college where I had my heart set on studying music, but that never manifested.” Music-wise, his passion was drumming.

We closed by asking East what his advice would be for up-and-coming players, so if you’re new to the game, listen up! “Keep studying whenever you’re not actually playing,” East suggested. “You have to keep studying to stay ahead of the game because so many stables out there hire coaches and the game is changing. People are getting better all the time, so you need to constantly adapt your game to the current curve people are playing on. There are people who used to crush the game seven years ago, but can’t beat it anymore because they think they can just play the same and win.”

He wanted to send a shout out to Rachel Dolan, so we’ll make sure to get that in there as well! Congrats to East on his phenomenal February.