The 2021 Super High Roller Bowl kicks off in Las Vegas at the PokerGO Studio on Monday, September 27 with some of the biggest names in tournament poker vying for a piece that will be, undoubtedly, a hefty seven-figure prize pool with multiple millions of dollars being shipped to the winner.

With the $300,000 buy-in bringing out poker’s best and brightest you might be thinking about getting a sweat going while watching the action unfold online. So, whether you are drafting a team with a few friends or playing a little fantasy poker these are the names you should be targeting to make sure they are on your SHRB Squad.

These guys are the first-round picks for the 2021 Super High Roller Bowl.

The dominance of Michael Addamo cannot be denied. And when you run as good as he is running right now, you top the list of SHRB draft picks. His high-roller credentials have been more than checked out – in addition to going back-to-back at the end of the 2021 Poker Masters to claim the Purple Jacket (and $1.84 million in 48-hours), Addamo is also the all-time leader in victories of the GGPoker Super MILLION$ where he’s amassed more than $1 million in profit. Add to that, he’s also a two-time WSOP bracelet winner and Aussie Poker Open Main Event champ (among other accolades.) While others on this list may have more past SHRB success, Addamo is a player you simply can’t pass up.

But…if one were to pass up Addamo and his sun run, they’d be a fool to pass up UK crusher Stephen Chidwick. With more than $35 million in total live earnings, Chidwick – a former #1 GPI ranked player and 2019 European Player of the Year – is both the 2018 U.S. Poker Open champion and 2020 Australian Poker Open winner. As an aside, he was voted, by his peers, at the Global Poker Awards as the Players Choice for Toughest Opponent. Like Addamo, he enters the SHRB with momentum, cashing in three events of the 2021 Poker Masters, including a victory in Event #7 for $183,600. Plus, he’s cashed in three previous Super High Roller Bowls, all in 2018, including the last one that took place in Las Vegas where he finished in third place for $1.5 million.

David Peters may not be a trendy pick at #3, but there may be no more reliable player in the field. Sitting fifth on the All-Time Money List, Peters simply knows how to win. He’s proven that yet again this year by taking home the Golden Eagle trophy in the 2021 U.S. Poker Open after winning three of the four events he cashed in. Plus, he’s had plenty of SHRB success, including a fifth-place finish in this year’s SHRB Europe for $820,000 and a final table finish in the inaugural event back in 2015. Simply put, Peters is the kind of player who can win it all on any given day. 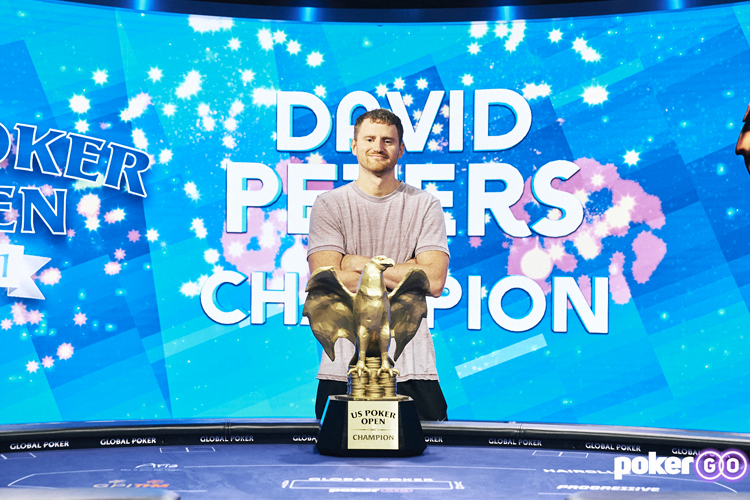 Critics might say that fourth is a little high for young Ali Imsirovic, after all, there are SHRB champions that are ranked underneath him. But there are only a few players who have spent as much time in the PokerGO Studio grinding high rollers in the past 24 months as Imsirovic. This gives him a huge home-field advantage. And you don’t have to look too hard to see how hard (and often) Imsirovic crushes high rollers. The 2018 Poker Masters champion currently only has one seven-figure cash on his ever-growing resume however that was a runner-up finish to Cary Katz in the 2019 Super High Roller Bowl London. Imsirovic just seems destined to add more million-dollar scores in the very near future. While he didn’t have a standout performance in this year’s Poker Masters, he should find a way to bounce back here in the Main Event.

No one loves the Super High Roller Bowl more than Justin Bonomo. According to PokerGO, no one has won more money from Super High Roller Bowl events than Bonomo, who has reaped $12,706,516 worth of cashes thanks to back-to-back SHRB title in 2018. Hell, even in the midst of COVID, Bonomo took down the Super High Roller Bowl $100K Online Event for $1.775 million. So, why is Bonomo only fifth? It’s not a comment on his talent against the field obviously, it’s simply a question of if he will actually be in the field? And if so, without a live result for the better part of two years, how will he perform? Even not knowing the answer to either question, you still gotta put respect on his name and include him in the top 5 picks.

Belarusian nosebleed crusher Mikita Badziakouski has proven himself time and time again to be one of the best tournament players on the planet. With more than $29 million in live earning, Badziakouski seems to have a way of always making a deep run in the most critical of events. Like Addamo, Badziakouski showed up a little early in Las Vegas to warm up before the SHRB. He promptly took down a Poker Masters event and made the final table of the Main Event. That was coming off of two third-place finishes in the prelims of the SHRB Europe. In 2018, Badziakouski took third in May’s SHRB event for $1.6 million, and then in 2020, he did the same in the event in the Bahamas for another $1.6 million. If it’s Badziakouski walking away with the win in 2021, there won’t be a single surprised person in the PokerGO Studio.

You’d best not sleep on Jake Schindler in any event, especially one in the PokerGO Studio. Schindler rolls into the SHRB with three recent results from the 2021 Poker Masters, a pair of cashes in the prelims of the SHRB Europe, and a PokerGO cup event win. He’s generally considered one of the very best tournament players on the planet and that was on full display in 2017 when he finished second to Christoph Vogelsang in the SHRB for a career-high $3.6 million payday. Although he’s seventh on this list, any person betting on Schindler should feel confident that they have an absolute top-tier player on in their corner. 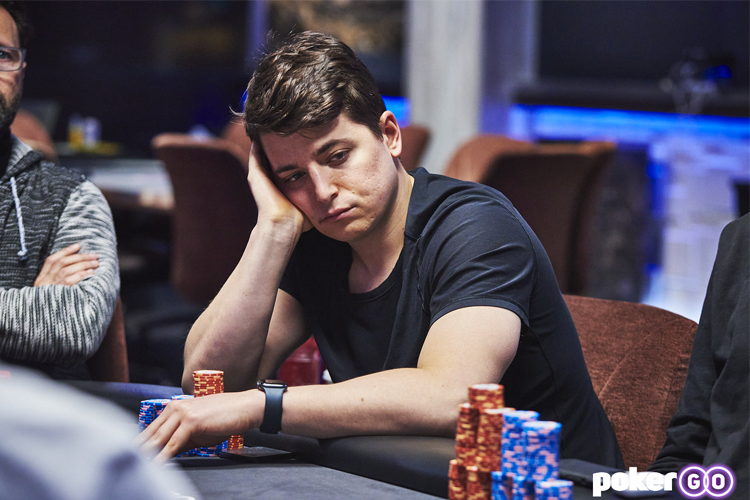 One of the nicest guys on the high-roller scene is also one of the most dangerous. Jason Koon, currently seventh on the All-Time Money List, has enjoyed plenty of success in the SHRB over the years, cashing in four SHRB live events. Because the 2018 heads-up between Bonomo and Daniel Negreanu was so memorable, it often gets forgotten that Koon had a shot at winning the title that year, but he fell in third place for $2.1 million score. However, history aside, Koon has been putting in work at the PokerGO Studio over the summer, including taking down a PokerGO cup event for $324,000. Like Schindler ahead of him on the list, Koon isn’t flashy at the table – he just produces results. If he gets close here in 2021, it wouldn’t be a shocker to see him finally take one down.

Daniel Negreanu’s infamous “second-place streak” has come to an end and “Kid Poker” is back to his winning ways. This includes locking up the overall leaderboard in the 2021 PokerGO Cup and a victory in the 2021 Poker Masters, where he was in the running for the Purple Jacket right up until the start of the final event. Negreanu is one of those “old school” players that polarizes fans when it comes to the biggest events in the world. However, where others of his era have been unable to compete with the young crop of crushers, Negreanu constantly provides receipts. It should be noted that one of those second-place finishes that people point to was his runner-up finish in the 2018 SHRB to Bonomo – good for a cool $3 million.

In the interest of transparency, Daniel Negreanu is selling a piece of his 2021 Super High Roller Bowl action here on PocketFives.

Another player that thrives in the PokerGO Studio is Sam Soverel. Soverel, the 2019 Poker Masters overall champion, currently sits in third place on PokerGO’s high-roller leaderboard by thoroughly dominating a string of $10K tournaments throughout 2021. There are a number of players who could be considered right here, but it’s Soverel’s undeniable success in this atmosphere plus incredible momentum that puts him as the final player in round one. The only downside of taking him here, as opposed to a player like two-time champion Tim Adams, fan-favorite Nick Petrangelo, or up-and-comer Chris Brewer, is his lack of previous SHRB results. But this may be the year that changes. 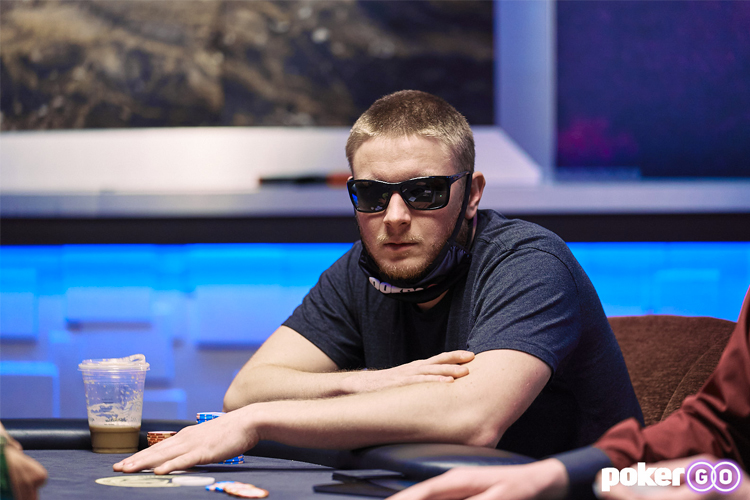 The 2021 Super High Roller Bowl is available to stream from Sept. 27-29 on PokerGO. A recap of the final table will be available here on PocketFives.