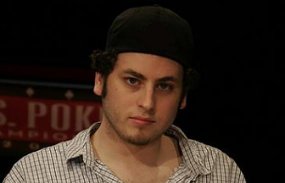 After a six-game winning streak on the popular TV game show “Jeopardy,” former poker pro Alex Jacob (pictured) was finally defeated this week. Jacob, a currency trader in Chicago, went home with $151,809 in total winnings from his stellar run.

It all started two weeks ago when Jacob toppled defending champ Chris Hurt, an actor from New York. Utilizing concepts from the poker world, Jacob pulled away to an insurmountable lead after risking his entire stack on a Daily Double in the category of “Science.” Answering the clue successfully, Jacob doubled his stack and refrained from betting in the Final Jeopardy round, as his opponents had no chance to win.

After defending his title for three shows in a row, poker players praised his unconventional, game-theory optimal strategy. “I watched the show not knowing who he is and was very impressed, not just by his general knowledge but also by his smart GTO plays,” said 2+2 poster “domba.”

During his fourth appearance, he faced off against Carlos Capellan and Kathy Callahan and before Final Jeopardy had amassed over three times the amount of his opponents. Jacobs decided not to answer the Final Jeopardy clue and instead wrote a message to his friends and family: “What is, I love you Jen! Thanks for everything mom and dad. Hi Seth.”

In the following episode, Jacob once again dominated the competition and by the Final Jeopardy round, he had accumulated six times the amount of his closest competitor. The former poker pro took the opportunity to increase his stack, safely wagering $13,700 on this final clue: “Only two presidents had their last names changed – these two.” Jacob faltered, missing the correct answer (“Who are Bill Clinton and Gerald Ford?”), but still won the game, banking $22,600. 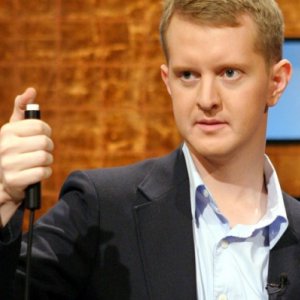 Jacob continued his trivia rampage, and by this week had crushed the competition for six episodes in a row. For his last appearance, he had built his total winnings up to $149,000, a feat that would put him among the game show’s most 15 successful contestants of all-time. Topping that list is Ken Jennings (pictured), who banked $2.5 million in his own stellar “Jeopardy” run.

But on Tuesday, Jacobs met his match when he took onTodd Lovell and Monica Lott. In Final Jeopardy, Jacob did not have an insurmountable lead, but was ahead of Lovell by $8,000. The final clue was: “This social media company launched in October 2010; in 2012, with about a dozen employees and no revenue, it sold for $1 billion.”

That company was Instagram, but Jacobs incorrectly guessed “Twitter,” losing his $10,401 wager. Lott lost her bet as well, with Lovell being the only contestant to write down the correct reply. To win, Lovell had only needed to wager more than $2. His final bet of $8,001 was revealed, taking down Jacob and ending the former poker pro’s six-show run.

In all, Jacob scored $151,809 for his seven appearances and takes his place among the top Jeopardy players of all-time.