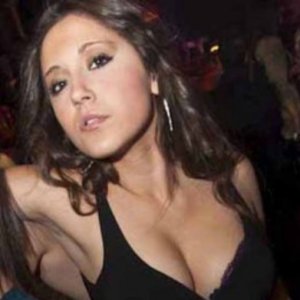 Bianca Rojas-Latraverse (pictured), the ex-girlfriend of 2010 World Series of Poker Main Event winner Jonathan Duhamel who orchestrated an assault on him in 2011, “said she wanted to ‘do her time and her sentence,’ telling the [parole]board that she hoped it would ‘reduce the pain’ of Duhamel,” according to the Winnipeg Sun.

PocketFives’ news coverage is brought to you by Betsson Poker, a leading global online gaming provider. Betsson Poker is available on Mobile and offers regular promotions to live events around the world along with great bonuses and competitions. Play now for a chance to win the a Dream Holiday with the Grand Poker Adventures throughout 2014!

However, the parole board disagreed and mandated that Rojas-Latraverse go free as soon as two-thirds of her sentence has passed.

In June of last year, Rojas-Latraverse was sentenced to 3.5 yearsbehind bars for being the ringleader behind the beating of Duhamel in his home, which left Duhamel afraid for his life and his WSOP bracelet, cash, and a Rolex watch given to him by PokerStars missing. Rojas-Latraverse had already served 18 months in jail and was credited for that time, meaning she would spend another two years locked away.

According to the Sun, the board told her, “The main factors that contributed to your criminal behavior are poor management of your emotions… significant emotional immaturity, and the lure of easy money.” She’ll reportedly be released under supervision. 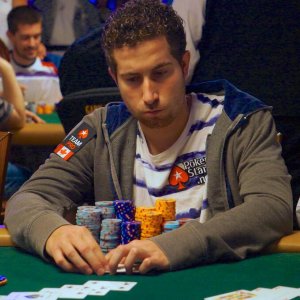 The robbery occurred just before Christmas 2011, when two men knocked on Duhamel’s door shortly after 9:00am and proceeded to barge their way in. Duhamel (pictured) commented at the time that the assailants “tied me up and beat me, hitting me in the face and all over my body before leaving my house.” They also, according to Duhamel, threatened to kill him.

Prior to the assault, Duhamel’s ex-girlfriend sent a text that read, “Tomorrow at 10 think of me,” later followed by, “Everything is planned. We even have a driver if I choke.”

A few days after the robbery, Andre Robert Perron, then 26 years of age, was seen with Duhamel’s watch. At the same time, Rojas-Latraverse, Anthony Bourque, and John Lemay were all taken into custody. Rojas-Latraverse was ultimately denied bail.

Duhamel’s bracelet, which WSOP officials said could be replaced if needed, was found in February 2012 by a street sweeper. Our coverage at the time revealed that the bracelet was beat up: “All of the links are missing; only the center plate of the bracelet is present. It is dented, dinged, scratched, and chipped, mutilation that one might expect would happen to a metal bracelet when jettisoned in the street and collected by a sweeper.”

In late 2012, Rojas-Latraverse reportedly had an “accident” in prison, according to her attorney, which a prosecutor at the same time dubbed “an incident involving violence.”

Amazingly, Duhamel rebounded just a few weeks after the attack, finishing fourth in the PokerStars Caribbean Adventure Super High Roller Event for $313,000, one-quarter of the $1.2 million he earned at the PCA that year.