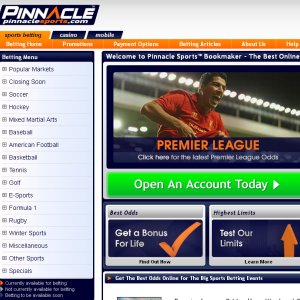 The U.S. Government has once again gone after sports betting. This time, an allegedly illegal sports ring called World Wide Wagers was the target. Indicted in the process were the owners of Pinnacle Sports and a Vice President of Cantor Gaming, the latter of which operates seven sports books in Las Vegas. The unlawful activity reportedly took place between 2010 and 2012 and booked $50 million in profits. Read more.

Pinnacle Sports, Jazz Sports, Wager4You, and Play Hera are all singled out, although individuals, not companies, are charged in the indictments. According to a press release issued by the U.S. District Attorney’s Office in New York, “It is alleged that the members of the enterprise used the offshore wire rooms to maintain the gambling accounts of numerous agents through the internet website in an effort to evade law enforcement detection through traditional methods.”

Twenty-five people were indicted. According to the same press release, 15 are alleged to be bookmakers: “These bookmakers were allegedly responsible for overseeing ‘agents,’ whose jobs allegedly were to build a clientele of bettors who would regularly bet with the enterprise. It is alleged that the agents were the intermediaries between the bettor and the enterprise itself and were responsible for ‘squaring up’ or ‘settling up’ with the bettors – usually on a designated day each week – by collecting and paying out money owed.”

Money collectors, distributors, and banks were all also allegedly involved in the scheme. In this group was poker player Paul Sexton (pictured). Based in Las Vegas, Sexton finished fifth in a $2,000 No Limit Hold’em tournament at the World Series of Poker in 2005 for $147,000. Also allegedly involved was Steve Diano, a bookmaker who has nearly a quarter-million dollars in live poker tournament cashes according to the Hendon Mob.

Pinnacle Sports told PokerNews on Thursday, “Regarding the recent allegations surrounding the individuals allegedly affiliated with Pinnacle Sports, please be reassured that no Pinnacle Sports employees have been arrested or charged and Pinnacle Sports itself was not charged in the indictment. We expect no interruptions to our day-to-day business activities at this time and will continue to provide our clients the excellent value and service Pinnacle Sports has been known for.”

Meanwhile, the Alderney Gambling Control Commission, which licenses Pinnacle’s U.K.-facing site, has launched an investigation. You might remember that the AGCC also oversaw Full Tilt, ultimately revoking its license in September 2011 on the grounds that Full Tilt had misled it.

Shortly before the news broke on Thursday, poker agent Brian Balsbaugh Tweeted that major news was about to surface in the sports betting industry: “Offshore/U.S. Sportsbook world about to explode – not quite Black Friday, but a huge impact. Rumors are flying in Vegas.” He later Tweeted the massive extent of Nevada’s investigation: “Nevada Gaming Control Board: $2.8m in cash & chips seized. 7 homes searched, betting accounts frozen, casino safe boxes searched.” 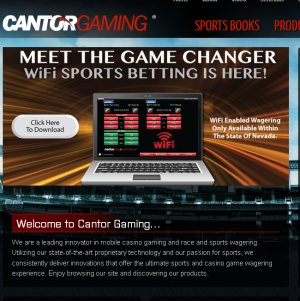 The link to Cantor Gaming is Michael Colbert, who is 32-years-old and serves as the company’s Vice President and Sports Book Director. Cantor operates seven sports books throughout Las Vegas: the ones found at the M Resort, Cosmopolitan, Venetian, Palazzo, Tropicana, Hard Rock, and Palms. Colbert is identified as a bookmaker in the indictment.

Each of the 25 participants is charged with enterprise corruption, money laundering, promoting gambling, and conspiracy. Government officials asserted that the money was being funneled to “insidious criminal enterprises” and noted, “Illegal gambling is not a victimless crime. Those who participate in these criminal enterprises often use threats, intimidation, and even physical force to collect debts and often times charge usurious interest rates on outstanding debts.”

We’ll bring you more on this developing story as it unfolds.