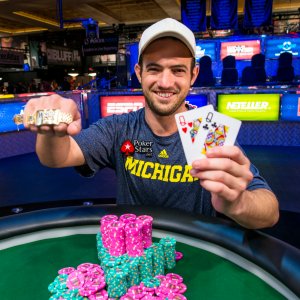 After recently parting ways with a series of Latin American pros, PokerStars has confirmed that Joe jcada99 Cada (pictured), Marcel Luske, and Alex Kravchenko have also been cut from the company’s sponsored pro roster.

Cada, best known for winning the 2009 WSOP Main Event, along with a massive $8,546,435 payday, mentioned the split earlier this month in a tweet to ESPN’s Andrew Feldman. This week, though, the 26-year-old gave more details as to what led Stars to decide against renewing his contract.

“If everyone is wondering what happened with PokerStars and myself,it’s pretty simple: I asked for 100% rakeback — they said no,” he posted on social media. Ryan LaPlante responded, asking why the company had declined, and assumed that the pro had demanded much more as part of the deal. “I asked for zero money. I just wanted the rakeback that I used to get,” Cada shot back.

“I never heard of a company charging someone to use their product when they were sponsored by that company,” he added. 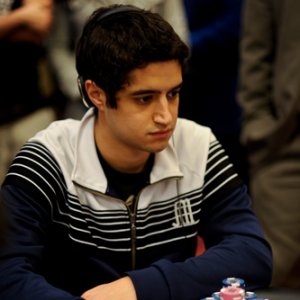 Jonathan FatalError Aguiar(pictured) chimed in, explaining that offering such a benefit to multi-tabling grinders might not be worth it for a poker site. “Giving a winning high volume player 100% rakeback has a huge cost to operator. Better to pass along as player rewards.”

Cada is no slouch, after winning seven figures in the ME, he went on to take $412,424 in a $1,500 buy-in WSOP event, and followed that with another gold bracelet in this year’s No-limit Hold ‘em six handed $10,000 buy-in tournament. In total the pro has pocketed over $10 million in recorded live winnings.

Marcel Luske, known as the Flying Dutchman, has had an equally impressive career, but was given his walking papers as well. Luske boasts $4,381,937 in recorded cashes, which includes five first-place finishes in PokerStars’ sponsored events in 2012 and 2013.

“About PokerStars, I can only say that it was good, but everything good comes to an end,” he said in a translated tweet.

Some believe that the site has begun looking for ways to cut unnecessary spending in the wake of its acquisition by Amaya Gaming. On Thursday, PokerStars sent notices to affiliates warning that their agreements would be severed within a week, further evidence of cost-saving measures.

In an interview with CardPlayerLA, PokerStars regional manager Juan Carreno spoke about the Latin American cuts, and denied that the company’s sale to Amaya played any part.

“It was a change in strategy due to a budget reduction. Even though the region is growing well, countries like Argentina or Mexico can’t support two Team Pros,” he said. “It’s something difficult to take advantage of since we don’t have live events in either of the two countries. Justifying those investments becomes very difficult.”

Carreno didn’t rule out sponsoring new pros, however, and suggested that the company was simply looking to bring in fresh faces. “There has to be a generational change,” he said. “New figures arrive, new talents. I’ve got some players in mind I’d like to hire, but I can’t say too much about it right now.”

While seemingly cast aside by PokerStars, Cada quickly landed on his feet. The 26-year-old later tweeted that he had struck a deal with Norwegian Cruise Line to become its resident poker pro.