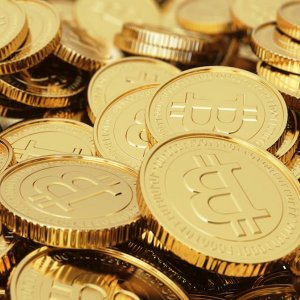 According to Online Poker Reportand other sources, PokerStars, the largest online poker room in the world, is preparing to accept Bitcoin. The site’s timeline for doing so is not known, but Chris Grove from OPR told PocketFives that PokerStars has started to assemble the vendors that would be necessary to take Bitcoin.

“They’re not going to handle taking Bitcoin internally, so they’d need a vendor in the same way you’d need a vendor to process credit card transactions,” Grove told us. According to Gambling Compliance, “PokerStars and major Asian-facing operators are among those pushing for Bitcoin’s acceptance as three prominent gambling hubs hold advanced talks to allow it as a payment method.”

Grove relayed why a site like PokerStars would gravitate towards accepting Bitcoin, telling us, “The big advantage of Bitcoin, some would argue, is that when you look at markets that don’t have a strong payment processing framework, it allows you to enter those markets. That’s the long-term play: it broadens the map of markets they can participate in.” Countries like India and China are examples of markets that would be easier to access with Bitcoin as opposed to more conventional financial mechanisms like wire transfers, credit cards, and checks.

Poker rooms like Seals with Clubs and Breakout Gaming have tried to capitalize on the popularity of Bitcoin, while websites like Newegg, TigerDirect, and Overstock accept Bitcoin for purchases in the non-poker world. There are even Bitcoin ATMs. The currency has been a bit unstable, however, and has been rocked by scandals like the collapse of Mt. Gox in February in which the exchange’s half-billion dollars in Bitcoins disappeared.

Recent interest in allowing Bitcoin payment processing from the Isle of Man and Alderney, along with a late-arriving Malta interest, may accelerate adoption, provided each jurisdiction’s money laundering concerns can be addressed.

“Risk-layoff services have emerged where an i-gaming operator, or any merchant accepting Bitcoin, can effectively lay off volatility risk on third parties like GoCoin. Even Paypal allows merchants to accept and lay off risk with such services,” according to David Gzesh, an industry consultant working toward acceptance by i-gaming regulators since 2013.

He added, “It was clear at last month’s Bitcoins4iGaming Conference in London that once jurisdictions become comfortable with AML and KYC rules for their merchants, Bitcoin acceptance will quickly be added to the mix of options on a country-by-country basis. However, this ROW adoption will not be a magic bullet for US players longing to return to Stars.”

Accepting Bitcoin would be the latest in a string of changes at PokerStars following the site’s acquisition by Amaya Gamingin June. In the last six months, PokerStars has altered its currency exchange policy, hiked rake, changed its promotional lineup, and adjusted its Pro roster, just to name a few highlights. It is believed that some, if not all, of these changes were in the works well before Amaya purchased the site, although it’s possible that the transaction, which was for $4.9 billion, sped up their implementation.

Special thanks to Chris Grove for his insight!