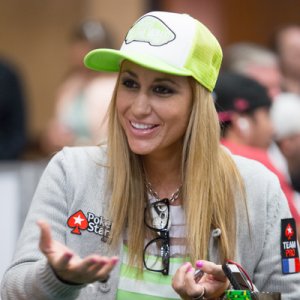 After three months where she demonstrated some of the best gameplay ever seen on the show – and was recognized by her fellow competitors for it – poker pro Vanessa Rousso (pictured) finished in third place on the CBS reality series “Big Brother.” The finale aired on Wednesday night.

It didn’t seem that Rousso was going to make that big of an impact in the early going. Over the first couple of weeks of the program back in June, Rousso, who left the 2015 World Series of Poker to take part in the program, was not given much airtime.

When she won the Head of Household (HoH) competition in the third week, however, Rousso began to demonstrate just how much she was involved in the game. Through the creative editing of the producers, they were able to hide that Rousso was involved in several alliances that had set up the first few eliminations, people who had been hand-picked by Rousso to head out the door.

Once she got a taste of being in charge, Rousso wanted that spot more often. She was the HoH on several other occasions and, if she wasn’t in that seat of power, she was able to win other important competitions such as the Power of Veto (PoV), which gives the holder the right to remove a competitor from the elimination block.

Over the first eight weeks of the show, Rousso never was on the chopping block for elimination and had others do her bidding by eliminating players she wanted gone.

As the number of players plummeted, the choices became more difficult. With five players remaining, Rousso busted up the “showmance,” an alliance she had set up with Austinand Liz, who had become a couple. 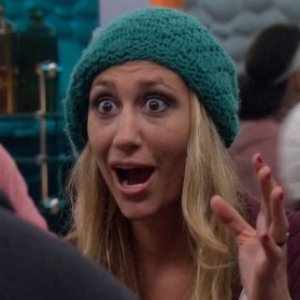 Not able to compete for the next HoH, which went to house guest Steve, Rousso instead won the PoV and saved Liz from being eliminated, sending Johnhome instead and breaking up the “bromance” of John and Steve.

After John’s elimination, Rousso, Steve, and Liz were left. Rousso won the first competition, an endurance exercise that saw players dunked in a rather nasty-looking red “sauce” and then slammed into a padded wall, while Steve took the second battle against Liz by figuring out a crossword puzzle faster. The winner of a final battle between Rousso and Steve would choose the final two players for the Jury to deliberate, but the drama was only heating up.

Both Rousso and Steve had set an alliance with each other such that if they were the person to make the decision on the Final Two, they would take the other. However, both decided that the other was too big of a threat to take to the Final Two, basically giving Liz a Final Two slot.

In the final competition, host Julie Chen asked both competitors to answer “A” or “B” to questions their fellow house guests had responded to. Steve pulled out to an early one-question lead, fell back into a tie with Rousso by Question #6, and eked out the victory when he answered the final question correctly and Rousso didn’t, giving him the power of choice for the Final Two. Sure enough, instead of picking Rousso to go to the Final Two with him, Steve chose Liz and sent Rousso out in third place.

Despite looking like she’d rather have eviscerated him then and there, Rousso conducted herself well as she headed for the door, even halfheartedly accepting hugs from a blabbering Steve and a not-so-composed Liz as she marched out of the “Big Brother” house.

The final two lacked any drama that might have been present if Rousso had been there. The Jury voted down “friendship lines” and selected Steve as the winner 6-3. For his efforts, Steve walked off with $500,000, Liz took down a $50,000 consolation prize, and Rousso… nothing.

The next poker pro taking part in a reality program is expected to be Anna Khait’s turn on the next “Survivor” series that will air in early 2016.