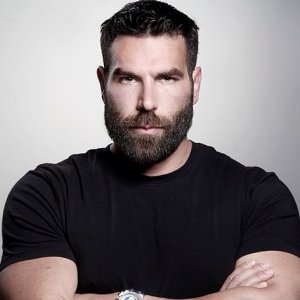 According to Dan Bilzerian’s Twitter feed, the poker player, playboy, and multi-millionaire went on a heater few have ever seen. Early in the morning on November 30, Bilzerian Tweeted to his over 44,000 followers, “I played poker tonight with 13 million in front of me, heads up 5K/10K, damn what a rush.” Approximately 12 hours following that post, Bilzerian fired off, “Won 10.8 million last night playing poker, headed to Puerto Vallarta to relax,” with an Instagram shot of him strolling to his private jet.

However, few in the high-stakes community have come forward to congratulate him on such an impressive score. There is nothing known about his opponent – whether he was a fish Bilzerian hooked or a big-time shark who had a bad night – and there are even fewer details about the game other than Bilzerian’s claim.

Such publications as the New York Post, London Daily Mail, and Daily Dot have regaled readers with the “playboy lifestyle” Bilzerian leads. His Instagram account is legendary for its photos of Bilzerian in varying stages of dress surrounded by attractive women who also are scantily clad (see below for an example). Along with those photos are pictures of a stunning array of weaponry, sports cars, and a complimentary jet as he heads off to his next destination.

The fame hasn’t been without some effects to Bilzerian. According to the Daily Mail, Bilzerian had a double heart attack seven years ago at the age of 25 after a four-day binge of activity. Last year, he allegedly had a pulmonary embolism, or a blockage of the main artery for the lung, after flying twice between Maui and Las Vegas over a three-day period. The Mail reports this had led Bilzerian to try to change his image by donating money to the victims of Typhoon Haiyan in the Philippines and to deserving respondents on his Twitter account. Read our interview with Bilzerian. 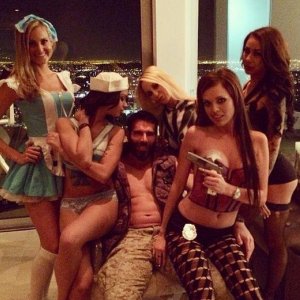 Along with the notoriety he has received, there have been those who haven’t been so complimentary toward Bilzerian. On his Twitter account, he recently got in a spat with poker pro William Reynolds XOReynolds regarding his lifestyle. A Twitter fan responded to the latest Bilzerian largess by stating, “Better hope the IRS doesn’t follow you on Twitter or Instagram,” Bilzerian responded by writing, “I pay all my taxes, I don’t care if they do.”

Reynolds then piped up with a statement that seemed to strike a nerve. “Did your dad pay the taxes on the money he embezzled? Bilzerian money = fraud money,” Reynolds Tweeted. Bilzerian responded to Reynolds’ jab by Tweeting, “How about I just b***h slap you for being a jealous c**t?”

The ledger of Bilzerian “love or hate” seems to have run over into the poker world. On the Two Plus Two forums, Bilzerian has earned his own thread, currently sitting at 393 posts. The commentary from posters wavers between admiration for Bilzerian’s lifestyle to condemnation for his activities, especially regarding women.