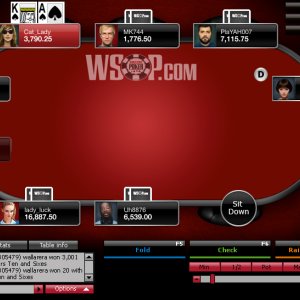 On Monday, Caesars Interactive Entertainment officials announced that WSOP.com will launch for real money in Nevada on Thursday, September 19 at 9:19am Pacific Time. During a special conference call held with members of the media, a variety of details about the software, promotions, and faces of the room were revealed.

The call’s question and answer session began with a query from PocketFives about whether New Jersey and Nevada could see shared liquidity, which has been rumored for some time now. Caesars Interactive Entertainment CEO Mitch Garber opined, “We are very big supporters of shared liquidity. Anyone who knows anything about poker knows liquidity is important, and a small state like Nevada could benefit from shared liquidity. It’s in everyone’s interest that there be compacts among states and shared liquidity.”

Garber added that he foresees shared liquidity in the future between states, although not necessarily between Nevada and New Jersey. The latter will launch its real money internet gambling sites in November.

Another liquidity-related question came as to whether multiple Nevada-facing sites could combine player pools. 888, the software provider for WSOP.com, also runs the All-American Poker Network that will launch in Nevada. Could we see shared liquidity there? Garber remarked, “We’re not sure. That’s a strategic question. In a market the size of Nevada, we probably don’t feel we need to share liquidity [among 888’s brands]… I do believe that shared liquidity interstate is very important.”

Over 12,000 people signed up for WSOP.com at this year’s World Series of Poker in Las Vegas and Caesars Entertainment has a massive database of over 43 million players to spread the word about its Nevada-centric brand. When players log in, they’ll find a variety of Hold’em, Omaha, and Stud games. The software is Mac-compatible and PC-compatible, but does not yet have a mobile version.

The VIP program within WSOP.com is called Action Club. It will operate using the contributed rake method and contain four monthly tiers and two annual tiers. Integration with the WSOP and Total Rewards is in the cards as well. In terms of depositing, players will not be able to do so at Caesars’ Nevada properties using cash, but a variety of digital methods will instead be available.

There has been plenty of speculation as to whether WSOP.com will bring aboard any brand ambassadors in similar fashion to Ultimate Poker, whose fleet of pros includes Antonio Esfandiari and Jason Somerville. However, WSOP.com has elected not to utilize pros for the time being and instead focus on “building an ecosystem.” 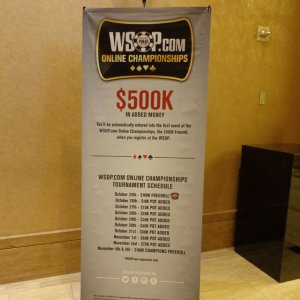 The WSOP.com Online Championshipswill rage on soon after launch and contain $500,000 in add money, culminating in a special Online Nine during the WSOP Main Event final table. Nine qualifiers will play online in different rooms at the Rio to determine the final two. A live final just before heads-up play in the Main Event will determine a winner. WSOP Europe qualifiers will also run from the get-go.

Finally, one member of the press asked whether Caesars still supports a Federal solution for online poker in the United States or whether that ship has sailed. Garber claimed, “It’s well known that our company has been a strong proponent and lobbyist of a Federal framework. That outcome has become less likely and we’ve embraced the state-by-state approach. I don’t think that the two positions are incompatible… We are thrilled to be operating [in Nevada and New Jersey].”

Stay tuned to PocketFives for the latest on the WSOP.com Nevada launch.