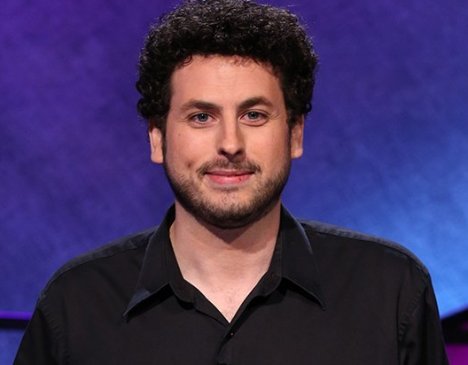 If you’ve been reading PocketFives in recent days, then you know that former poker pro Alex Jacob (pictured) competed on the “Jeopardy” Tournament of Champions last week. Yes, that “Jeopardy.” Using an unorthodox strategy of skipping around categories, hunting for Daily Doubles, and bringing tanking to a quiz show, Jacob won the TOC on Friday and earned $250,000.

Jacob was quoted in Variety Magazineas saying, “The most challenging aspect was probably just dealing mentally with the high stakes and the knowledge that I could win the tournament if I played well. The one thing I had going for me is that I’ve played for a lot of money on national TV before. The thing that makes ‘Jeopardy’ different than poker, though, is that there’s always another poker tournament, but you only get one Tournament of Champions.”

Jacob won over $150,000 in seven appearances on “Jeopardy,” according to Variety, to qualify for the season-ending TOC. He “bet it all” on Daily Doubles on multiple occasions, oftentimes looking like he didn’t know the answer, only to spout out the correct response at the last second when prompted by show host Alex Trebek. 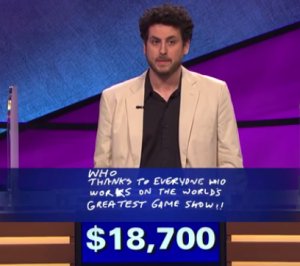 Speaking of Daily Doubles, he told Variety, “I like to make sure I take my time and make sure what I’m about to say is the right answer, even if I know it. There are times when I know it, but I feel like it helps me take that extra beat and just be sure.”

Trebek told Jacob during the final TOC show, “This was the most dominant performance by anyone in any of our tournaments.”

Jacob, who had already locked up the TOC entering Final Jeopardy, wrote down an answer of, “Thanks to everyone who works on the world’s greatest game show!” He ended up with a two-day TOC total of $48,300, good enough for the $250,000 first place prize. In terms of his plans for the money, Jacob, a newlywed, is headed on a honeymoon.

He won the 2006 United States Poker Championship and has $2.6 million in live poker tournament winnings over the years, according to the Hendon Mob.

Congrats to Jacob on winning the “Jeopardy” TOC! Here’s a recap from Variety: