It didn’t take long for the new season of High Stakes Poker on PokerGO to find its footing as the superstar lineup that includes Daniel Negreanu, Phil Ivey, Doyle Brunson, Patrick Antonius, and Tom Dwan took turns getting involved in massive pots early and often.

It was a tough night to be a Dwan fan as the HSP legend found himself with the second-best hand time and time again during Episode 2 of Season 9. On the flip side, those looking for a glimpse of Ivey, who hardly made a sound in the first episode, enjoyed him making his presence felt by getting more involved in the show.

Speaking of getting involved, this week featured the arrival of Jean-Robert Bellande, as the HSP favorite made his way onto the set and quickly broke the silence with his patented table talk.

After an early position raise to $1,200 from Dwan holding

, Ivey called from the button with his

. Professional online slots player from Sweden, Kim Hultman came along from the small blind with the

, but Koray Aldemir let go of his big blind. The

flop offered Dwan a straight flush draw, Hultman a gutshot straight draw as well, and Ivey middle pair. Hultman checked to Dwan who bet $2,000, and both Ivey and Hultman made the call. The turn was the

, giving two pair, but it was Dwan who kept betting. Dwan fired another $8,000 and this time, just Ivey called. The

river gave Ivey a full house and Dwan, left with a busted flush draw checked it over to Ivey who put out a bet of $25,000. Dwan shot a look skyward and folded sending the pot of more than $51,000 over to Ivey.

Just a few more hands into the episode, James Bord, who doubled up through Tom Dwan on the premiere, collected his chips and made way for Jean-Robert Bellande. Bellande, a regular in the Las Vegas high-stakes home games, gave Brunson a fist bump, took a seat, and found himself immediately in action. Dwan opened to $1,200 from under the gun with his

and the newcomer made the call. The flop came

putting Dwan in the lead with top pair, but Bellande had a gutshot straight draw and a backdoor flush draw. Bellande checked it over to Dwan who bet $2,000, which Bellande called. The turn came the

, turning the tables and giving Bellande the straight. He checked it over to Dwan, who was drawing dead, who made it $5,000 to go. Bellande didn’t take long before making it $16,000. Dwan made the call and the river came the

, giving Dwan trips. Bellande targeted exactly that, overbetting the pot for $51,000. Dwan seemingly sussed it out, and laid it down giving Bellande an early boost to his stack with the pot of $90,000. 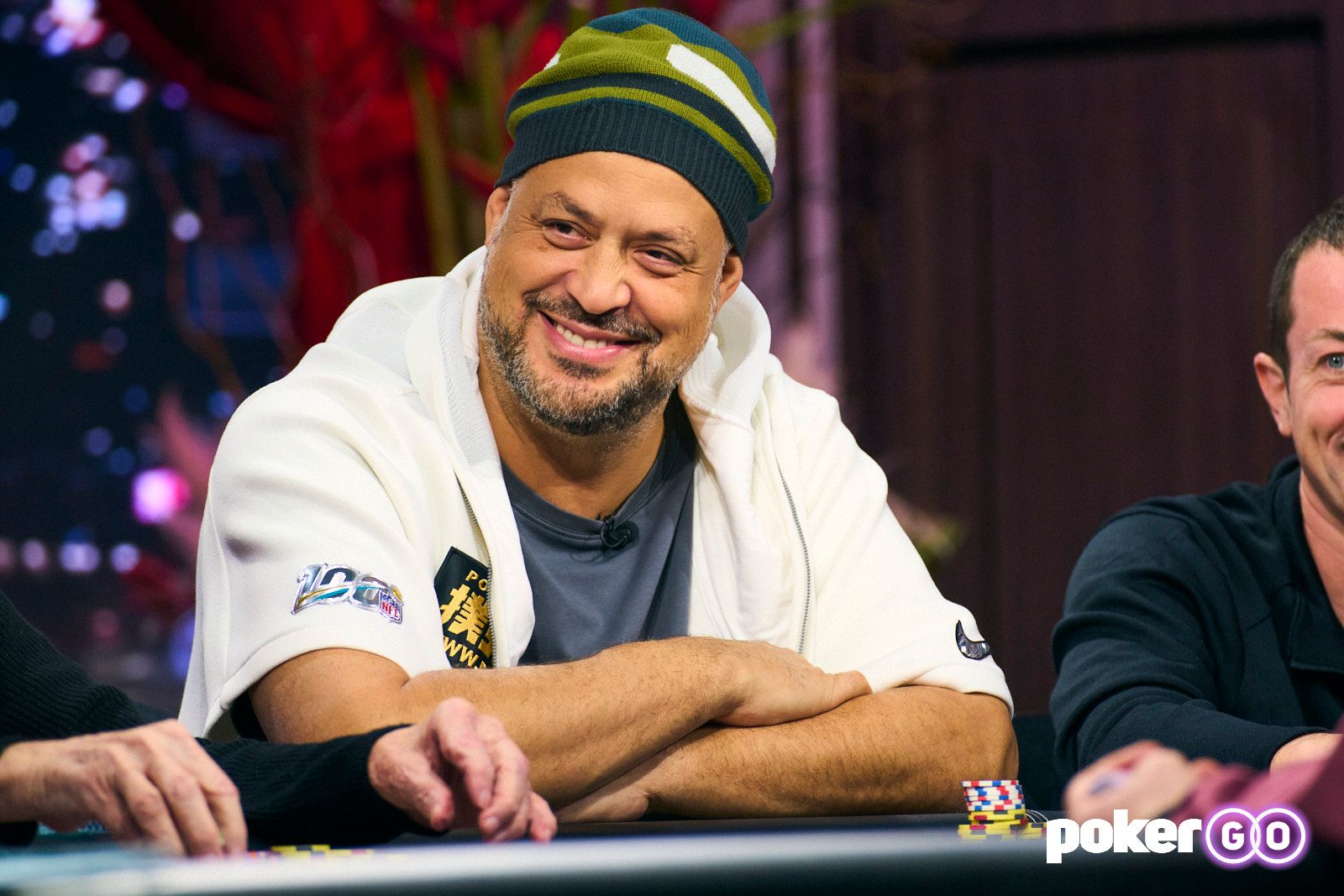 Right after that hand, Hultman announced he was done for the day and racked up to make room for Jonathan Gibbs. Like Bellande before him, Gibbs got involved right away, playing a big hand against Dwan. The straddle to $800 was on, and Dwan raised to $2,500 with the

and when the action got back to Dwan he was the only one to make the call. The flop came

, missing both players but offering Dwan a flush draw. Dwan checked it over to Gibbs who slid out a continuation bet of $9,000. Dwan made the call and the dealer put out the

on the turn, giving Dwan even more outs. Dwan checked it again, this time Gibbs checked back. The river was the

, giving Gibbs top pair, but it was Dwan who was looking to bet. Dwan fired $16,000 and was snapped off by Gibbs and his ace-king. Once again, Dwan was shipping chips as Gibbs collected just over $60,000. 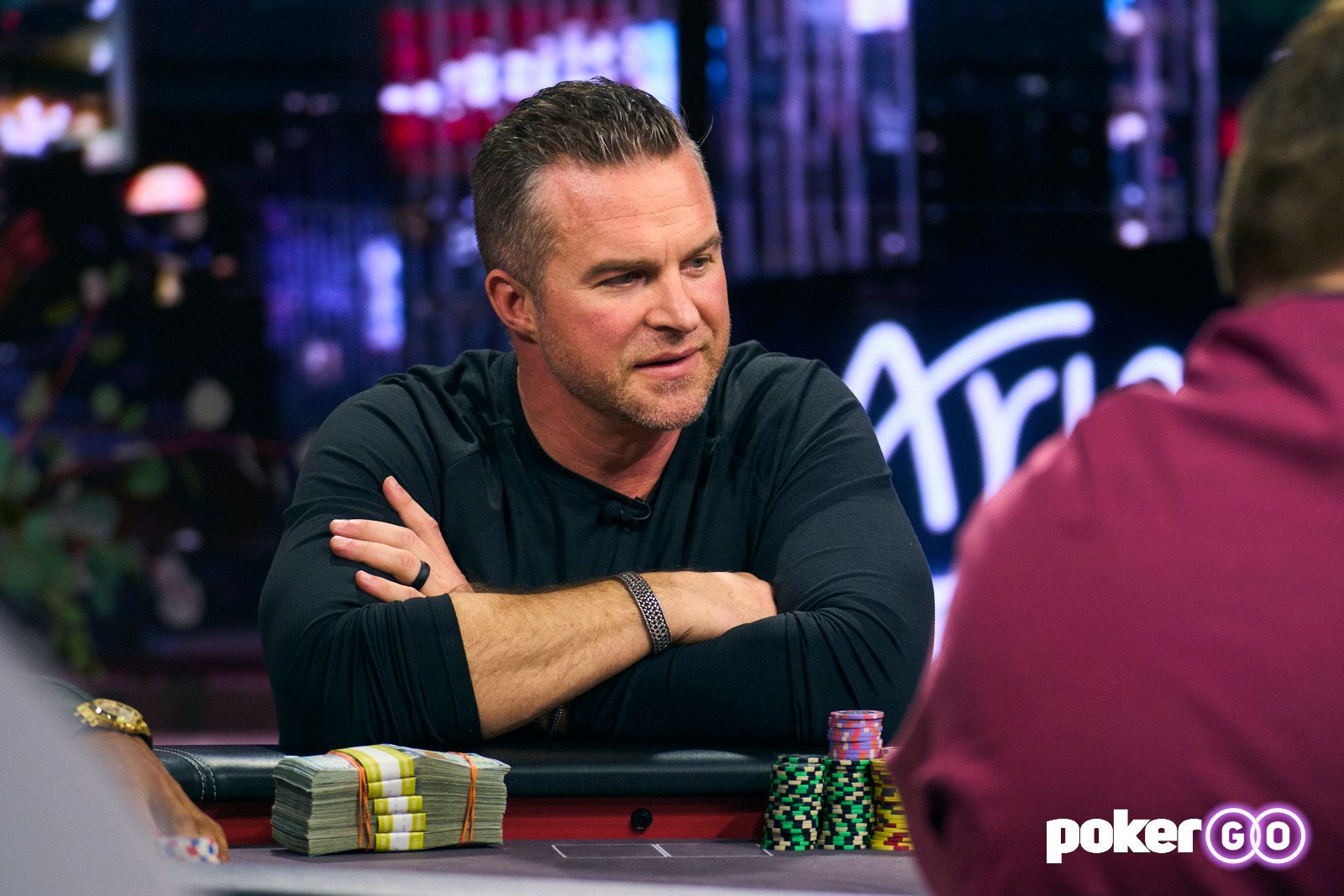 The first of three six-figure pots took place when Patrick Antonius put the straddle on to $800 and Ivey opened to $2,500 in early position with the

. It folded to Bellande holding

and he just called. Antonius woke up with the

in the straddle and three-bet to $10,800. Ivey took a moment but ultimately let his small suited one-gapper go. Bellande, with over $200,000 in his stack, four-bet to $81,500 which was more than Antonius had behind. Antonius unceremoniously made the call and the pair decided to run it twice for the $166,300 pot. They watched as the dealer put out the

as the flop for the first board, putting Antonius way ahead for at least half the pot. The

hit the turn but the river came the

improving Bellande to a set and locking up the first half of the pot for him. The second board of

was just as good for Bellande who scooped the entire pot leaving a frustrated Antonius looking for a rebuy.

The High Stakes Poker troubles continued for Dwan when he and Negreanu got involved in the biggest pot of the episode. The straddle to $800 was on. From early position, Aldemir made it $2,100 to go with his

. When the action reached Dwan, he flatted with his

. Antonius folded and Negreanu looked down at the

and put in a chunky three-bet to $12,700. Aldemir quickly counted his own stack and looked like he was thinking about calling, but ultimately he laid his pocket sevens down. When the action returned to Dwan, he took a few moments before grabbing the $50K stack of cash and announcing that he was all-in for roughly $168K. Negreanu shrugged, took just a second, and slapped a stack of yellow $1K chips in the middle to indicate a call. Like the hand before, the players agreed to run it twice.

flop gave Dwan top pair and, like Antonius on the last hand, put him in solid position to take down at least half the pot. Negreanu began to move all his money in the middle when the dealer put out the

on the turn, giving Kid Poker a set. Negreanu pulled his cash back as the

completed the board. With two of Dwan’s six outs burnt on the last board, there was little drama when the second board came

. Dwan took another massive hit, doubling up Daniel who dragged the $228,100 pot.

The final hand of the session was another six-figure clash. This time it was between Ivey and Negreanu. Ivey opened to $1,200 with his

and Brunson made the call in middle position with the

. Negreanu made the call in the big blind with the

and it was three ways to a flop of

. Negreanu checked and Ivey continued for $2,500 which Brunson called. Negreanu then check-raised to $7,500. Ivey didn’t take long before sliding out a $5K call, but Brunson, with the superior flush draw, made the laydown. The turn was the

, keeping Negreanu’s pocket sixes slightly ahead and giving Ivey an open-ended straight draw to go with his flush draw. Negreanu fired $12,500 and Ivey, going nowhere, put in the call. The river was the

giving Ivey the flush but Negreanu, first to act, fanned out a bet of $36,000. Ivey double-checked his cards and counted out a call and stuck it in the middle, good for a $118.700 pickup to end the episode. 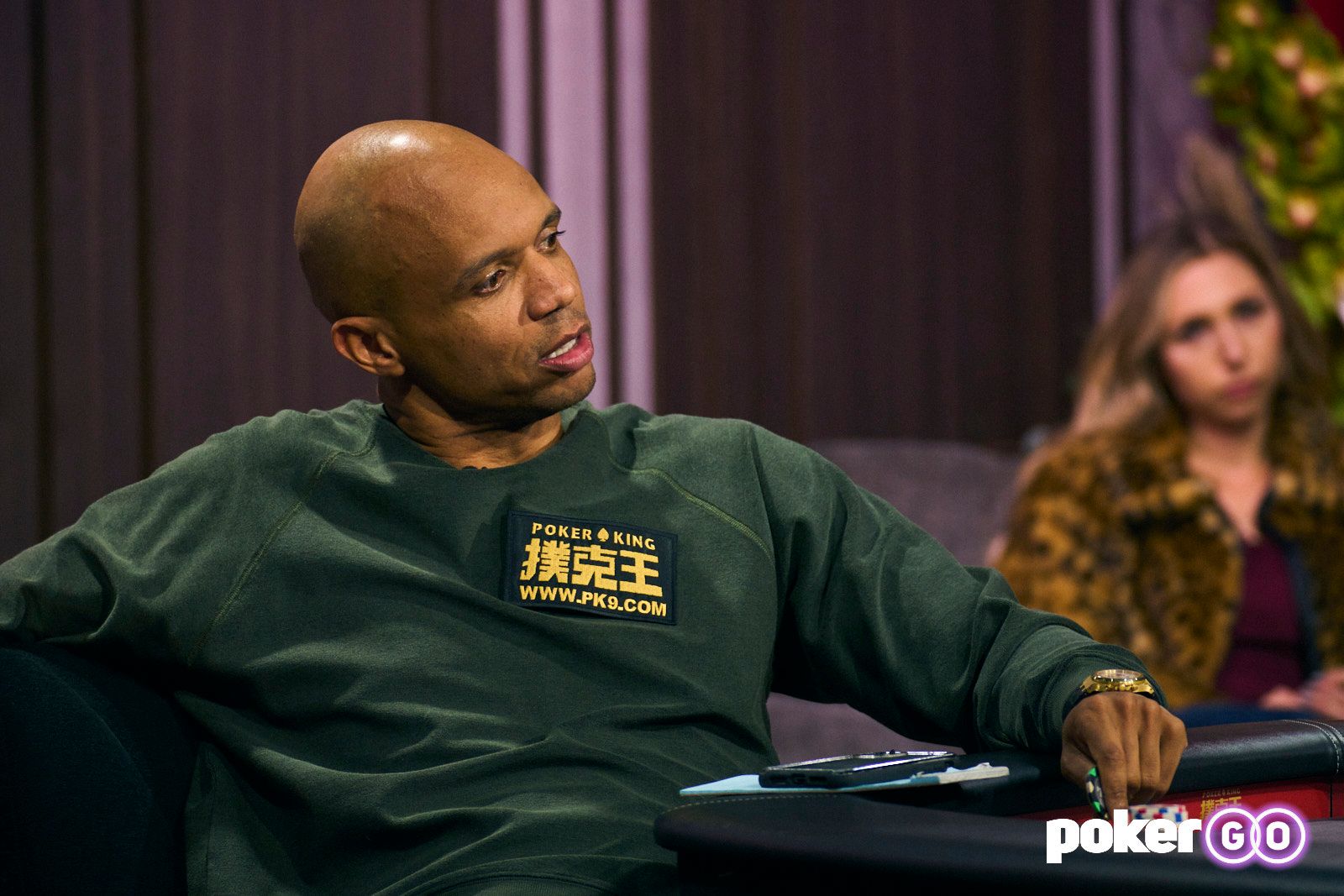 High Stakes Poker continues every Monday Night for the next 12 weeks, exclusively on PokerGO.