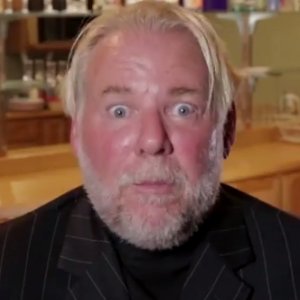 In a recent segment on “Poker Night in America,” Nolan Dalla (pictured) did what only Nolan Dalla is capable of doing. The show’s creative director recently took the hammer to World Series of Poker One Drop champion Dan Colman, who has called poker a “very dark game” and “a distraction” despite winning over $22 million from live tournaments this year, according to the Hendon Mob. He ducked reporters following the One Drop, similar to Phil Ivey in 2009.

“Is he right? I don’t think so,” Dalla said in a one-minute clip. “How does a man who has won $21 million in three tournaments the last four or five months say poker is bad? Are you kidding me? Seriously? Is that what you’re saying? Poker is bad?”

Colman has been on the run of a lifetime in 2014, winning the World Series of Poker’s Big One for One Drop for $15.3 million just two months removed from taking down the EPT Monte Carlo Super High Roller Event for $2.1 million. He finished second in the EPT Barcelona Super High Roller Event for $1.1 million and, the same month, won the Seminole Hard Rock Poker Open Main Event for another $1.4 million. He just won the WPT Alpha8 tournament in London.

Dalla told viewers that poker “has provided a person that’s 23 years old with a chance to be here. I’ve never heard of this guy and he’s winning $21 million. That’s more than anyone in the NFL, the NHL, the NBA, or Major League Baseball. $21 million in, what, four months, and he’s saying poker is bad? Give me some bad! Give me some of that horrible tragedy! If poker’s awful, I’ll take it. Give me this awful situation called poker. I’ll take it, Daniel Colman, if you don’t want it. I will.”

Keep in mind that Dalla was screaming at the top of his lungs and using emphatic hand motions like only Nolan Dalla can, so we’d take this as less of a criticism than it might read. Nevertheless, we want your feedback! Did you watch the “Poker Night in America” episode? What did you think of Dalla’s spirited rant? Let us know by commenting here.