If you’re in the United States, then you might know that Sunday was the premiere of “Poker Night in America” on the CBS Sports Network. Showcasing poker celebrities on and off the felt, two 30-minute episodes of the show aired starting at 10:00pm Eastern Time. This author fired up his DVR to watch and had a mixed reaction. Then, it was on to catch up with “24.”

PocketFives’ news coverage is brought to you by Betsafe, one of the leading suppliers of online gaming products worldwide and a major sponsor of Gumball 3000. Sign up now for great bonuses, €3,000,000 guaranteed monthly, and plenty of live events!

Chris Hanson (the radio host, not the one who busts pedophiles) is the host of “Poker Night in America,” whose first installment emanated from Turning Stone in New York. Hanson told viewers, “We’re not just going to show you hand after hand of poker. We’re going to take you beyond the felt.” 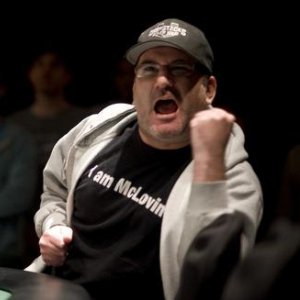 Accordingly, the show began with Executive Producer Todd Anderson flying a dozen pros from Las Vegas to New York to play in a $25/$50 cash game. Two players canceled by 6:00am, while the last person to show up, one minute before a private jet took off from the Nevada desert, was Gavin Smith, who rolled up in a motorcycle.

Plenty of Chinese Poker was played on the ride to New York, with Mike Matusow (pictured) saying he lost $10,000 on the cross-country trek.

Fast-forward to the group’s arrival at Turning Stone, where a draft for two cash game heats began. Former PokerNews reporter Kristy Arnett and comedy writer Lauren Billings were the two captains and former World Series of Poker Player of the Year Tom Schneider was picked first, while David “ODB” Baker was picked last. Schneider was wearing a neon-colored blazer and hat reminiscent of the color scheme in a glow-in-the-dark mini golf course.

The final 45 minutes of Sunday’s episodes centered on a $25/$50 cash game with a $5,000 minimum buy-in and a $100 optional straddle. There were only a handful of pots that got bigger than a few thousand dollars, including one early on that saw Arnett call all-in before the flop with Q-Q against Matusow’s A-K. “The Mouth” scooped a $10,000 pot after making a full house to win the coin flip and Arnett bought back in.

Arnett had been on an open casting call in order to make it on “Poker Night in America” and told viewers, “I have looked up to these players for a long time.” 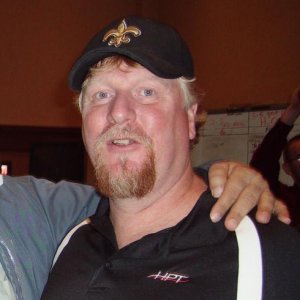 The second 30-minute episode was largely more cash game hands. Information about players and about ongoing conversations and references popped up on the screen like in VH1’s “Pop Up Video” and 2009 WSOP Main Event runner-up Darvin Moon (pictured) randomly stopped in toward the end of the show. “Poker Night in America” teased in an on-screen graphic that Moon and that year’s Main Event champion, Joe Cada, would be reunited for the first time since the “Big Dance” later in the season.

We would have liked to see a lot more of the away-from-the-felt activities rather than small-ish cash game hands, comparatively speaking. We’ve been spoiled by shows like “High Stakes Poker” and “Poker After Dark” that featured much richer poker and, unless you really like listening to pros banter back and forth, we’re not sure how much utility you’re going to get out of the cash game portion of “Poker Night in America.” Next week, the group goes golfing, so we have lofty expectations for that segment.

Judge for yourself by tuning into the show on Sundays at 10:00pm Eastern Time on the CBS Sports Network.