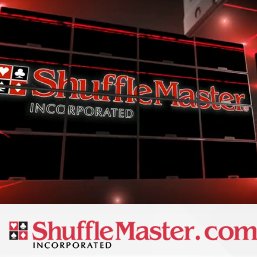 In breaking news from Las Vegas, Shuffle Master has pulled out of its planned acquisition of the Ongame Network. Shuffle Master officials cited business conditions in Europe in an announcement on Wednesday: “Business conditions in Europe have deteriorated since February and as a result, it has become evident to us that Ongame’s operations post-acquisition will not achieve the near-term results we initially expected and will require a larger ongoing investment than anticipated.”

eGamingBrokerage Principal Sue Schneider told PocketFives on Tuesday that she was surprised at the timing of the announcement: “Ten days ago, Shuffle Master announced they would share the Ongame platform with Bally and Aristocrat. I think the American machine suppliers could be a good fit for Ongame now. I don’t know if it’s something that existing software suppliers like Playtech would see value in.”

Schneider added that she did not believe the asking price of â‚¬19.5 million caused the deal to fall through: “I was surprised at the price to begin with. I don’t think it’s a price issue. There was something else going on.”

Also reacting to the news was Interactive Media Entertainment and Gaming Association Chairman Joe Brennan, who told PocketFives, “I can’t say I’m surprised the deal fell apart, but I am surprised at the reason they’re giving. They knew that some of the Ongame activity was in gray markets, but the question I’ve always had is, given that and Ongame’s history in the U.S. prior to 2006, the way they structured the deal didn’t seem to be consistent with what the precedent is in Nevada for ‘tainted’ assets.”

Brennan elaborated, “One of the requirements is that a ‘suitable’ entity has to buy out the ‘tainted’ assets for cash. When you look at the way the Shuffle Master deal was structured, it was a large amount of money up front with additional earnings over a few years. That’s what I thought had the potential to blow the deal up.”

What do you think? Why did Shuffle Master pull out of its Ongame deal? Post a comment here or in the thread in our poker forums.

The deal, which was agreed to in March, was worth â‚¬19.5 million. bwin.party, the parent company of sites like bwinand WPT Poker, is selling the Ongame Network and on Wednesday reaffirmed its desire to find a buyer: “The sale of surplus assets, including Ongame, remains a core part of bwin.party’s strategy. bwin.party is re-engaging with other third parties that have expressed an interest in acquiring Ongame.”

As Schneider alluded to, puzzling timing-wise is an agreement between Aristocrat, Bally, Shuffle Master, and the Ongame Network that was announced just two weeks ago. eGamingReview reported at the time, “The deal will see Ongame’s poker offering… available through Bally’s online platform, while Aristocrat will offer the Swedish provider’s poker content to its land-based casino customers as part of its suite of online games.” The deal could conceivably be dead given Shuffle Master pulling out of its Ongame purchase.

Gavin Isaacs, CEO of Shuffle Master, commented in a company press release, “Although we are disappointed in the outcome, after thorough due diligence, we believe this is the right thing to do for our company and our shareholders. We will continue to pursue opportunities to achieve our growth objectives in the online space.” 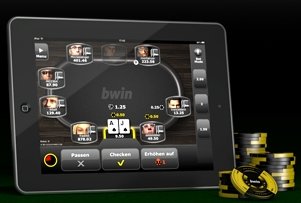 eGamingReview pointed out that in 2005, bwin paid â‚¬474 million for the Ongame Network. Little did the company know that one year later, U.S. lawmakers would push through the Unlawful Internet Gambling Enforcement Act, which drove several brand name sites from the U.S. market, including PartyPoker, which was the largest room in the world at the time.

Shuffle Master is traded on the NASDAQ Stock Exchange under the symbol “SHFL.” Its shares were down 6.3% at the time of writing on Tuesday to $12.50 following the announcement, whereas the NASDAQ and Dow Jones Industrial Average were both up by about 1%. As recently as April, shares of Shuffle Master were fetching $17 apiece.

What other suitors could exist for the Ongame Network? With bwin and Party in the final stages of a merger, the Ongame Network was to be sold as a “surplus asset.” Another American company, IGT, purchased the Entraction Network last year and re-branded the family of sites as the IGT Poker Network. 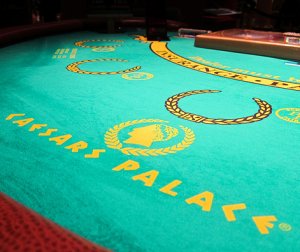 Other potential buyers have already partnered up with various online poker rooms. Caesars Entertainment has joined forces with 888, while bwin.party has roped in MGMand Boyd Gaming. bwin.party has even gone after U.S. Indian Tribes, inking a deal with the United Auburn Indian Community in California last month to develop an online poker product. Therefore, the list of possible suitors could be slightly more truncated now than it was at the beginning of 2012.

Bally Technologies, another U.S.-based company, could be a suitor for the Ongame Network. The company has partnered with the Golden Nugget to launch a free-play site that came to life this week.

Fertitta Interactive, another possibility, has ties to Station Casinos and formerly partnered with Full Tilt Poker. Wynn Resorts, of Wynn and Encore fame, recently applied for a Nevada online poker license and is rumored to be in talks with the Facebook poker room Zynga.

Stay tuned to PocketFives for the latest.